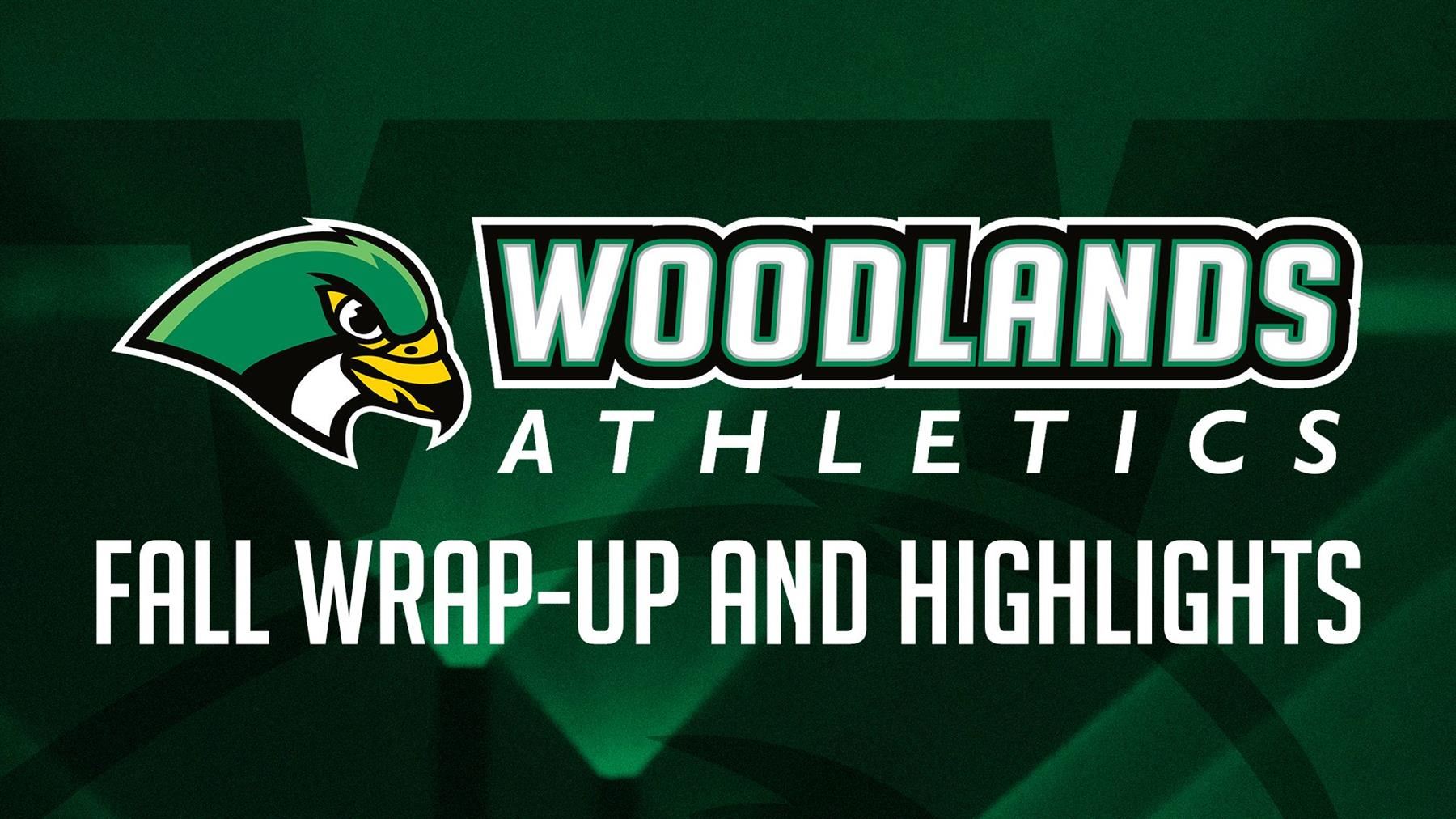 Varsity cheerleading made its comeback this fall for the first time since the pandemic! Our lady falcons used this season to introduce new members and continued to create lasting memories. Our cheerleaders were filled with spirit and enhanced crowd participation at home and away games. Throughout the season, the cheerleaders were there to support our Falcon football team!

The 2022 Woodlands Varsity Football season was a time of rebirth and cultural change. New head coach Kurt Bascom implemented structure and a team-first mentality to help bring about a stronger focus on development both on and off the field. The team was led by Seniors QB Thomas Gabriele, WR/CB Justin Gabriel, RB/S David Gonzalez, WR/LB Anthony Atkins, C/NT Jonny Hector and OT/DT Trevor Meikle. But there was also strong support from LB Ethan Locke, RB/DE Jay Castillo, OL/DL Jamison Stevens, DE Saintcom Chauvette, WR Jayden Roberts and OL/DL Muhammad Ashfaq. The team was successful in winning Woodlands’ first Homecoming game in several years. Despite our overall record, there are strong signs of future success for this squad.

Our Lady Falcons ended the season with one huge win and a tie, with some amazing goals and assists. The team made huge strides this season with technique, speed, endurance, and discipline. Most importantly, they focused on teambuilding and sportsmanship, all while remaining in good standing with their academics. The Greenburgh community is extremely proud of our Lady Falcons, and looking forward to preparing for next fall's season. GO LADY FALCONS!

holding it down on defense for us. This year was filled with many challenges and the team did great, facing them all head on and pushing through it all season long. I couldn't be proud as a coach of the strides the team and all the players individually took to be better soccer players and young men.

The Lady Falcons fought a hard fight this season. They competed with some of the most challenging teams in Westchester. The young ladies in this team not only displayed their extraordinary talent and athleticism, but also showed how well they can work together as a team to achieve a common goal. They persevered through difficult obstacles and left their hearts out on the court this season.

This season the JV volleyball team progressed tremendously in various ways. As a young, majority freshmen, team I was amazed at how quickly they were able to pick up new rotations, techniques, and overall game play. Since the beginning of the season, I have worked on obtaining a strong skill set and team foundation amongst the team. In doing so, they were able to control the ball, control their matches, and earn their wins. I am so proud of this team and all that they have accomplished thus far. Above all, I am excited about the year ahead and about seeing each player continue to progress both on and off the court.

It was a great season with some sadness to follow. Even though we have four seniors leaving us for bigger and better things, we have a few newcomers who have stepped up. The team is sad to see Antonella, Christina, Denise, and Kristin go. But with the addition of Frida, Marissa and Alejandra, there is new vigor. We celebrated our seniors at the last match and it was a great ending to the season.

The Varsity Cross Country team has grown again this year to over 20 runners! We attended several invitationals where our freshman placed in the top 20 in their race! We were most fortunate to have several big races here at Woodlands! We hosted the Conference 3 Invitational where 24 schools were invited to run on our beautiful course and 2 League Meets where several of our runners earned All League! We are looking forward to the Winter Season!